How to Use Emoji on your Mac

Typing with Emoji characters on a Mac is very easy once you learn how to enable Emoji on the Mac. Follow these simple steps to quickly enable the Emoji Keyboard on macOS.

By default, Apple includes a special Emoji keyboard for iPhone or iPad along with every iOS release. In fact, the company even adds some amazing new Emojis with some major versions of iOS, so your iPhone and iPad is continually updated with newer Emojis every few months. But did you know, you can also use Emoji on your Mac? That’s right, you can enable an Emoji keyboard on your Mac and start using Emoji characters anywhere on a Mac.

Let’s get to know how to use Emoji on a Mac in a few simple steps.

How to Enable and Access Emoji Characters on a Mac

Here’s a detailed guide to enabling emoji characters on a Mac, so that you can quickly access Emoji characters from anywhere and use them to type in any input field, such as chat apps, websites, messengers, and even apps like Pages, Numbers, etc. 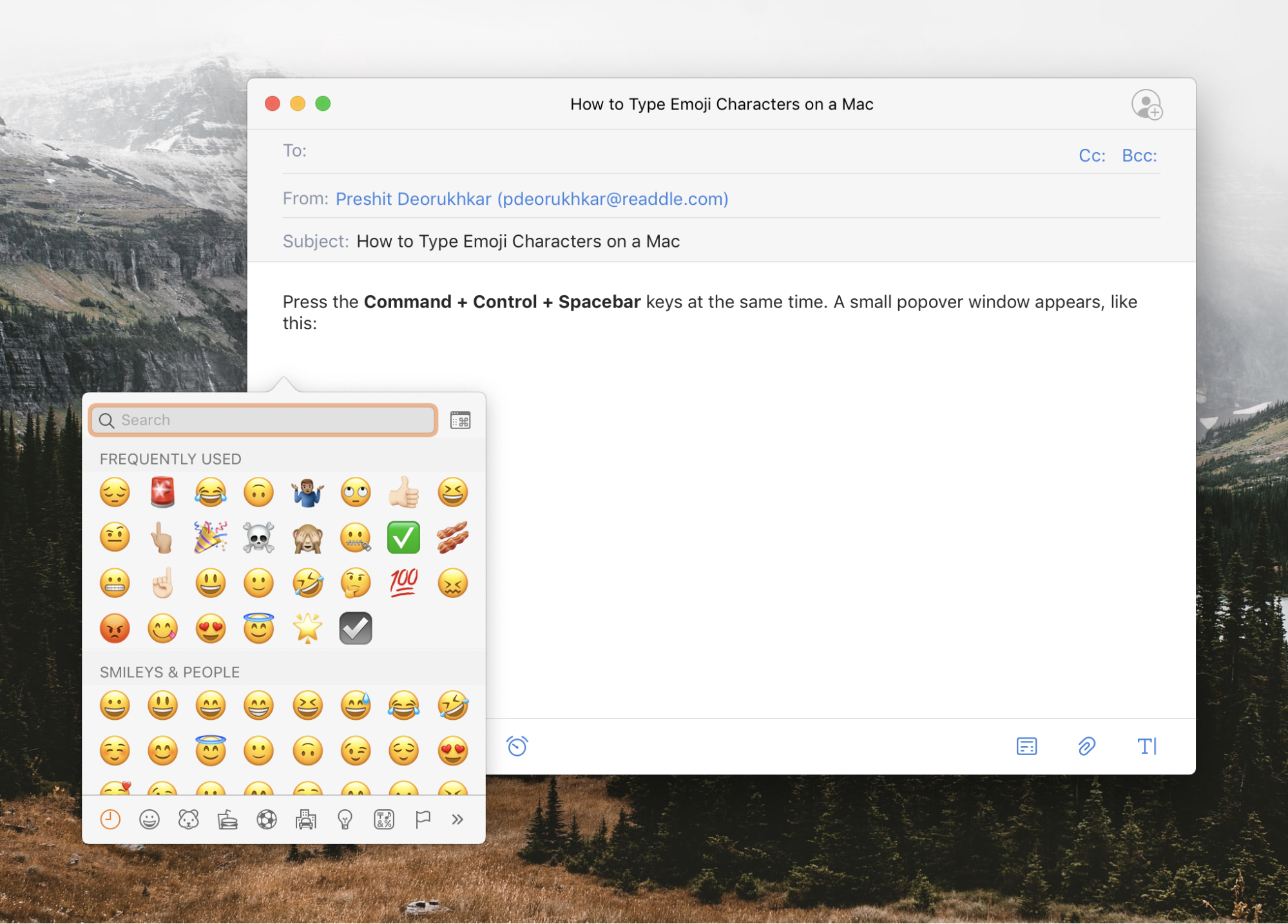 With a simple press of three keys on your Mac keyboard, you can start typing Emoji on a Mac. Unfortunately, the window disappears every time you enter an Emoji. So if you have to use multiple Emojis on your Mac, then you have to keep pressing the Control + Command + Spacebar keys every single time. Instead of doing that, you can enable the Emoji viewer — a window that lists all the available Emojis and symbols and stays on top of other windows, so it won’t disappear every time you type an Emoji on your Mac. Here’s how to enable the Emoji & Symbols Viewer on a Mac.

How to Enable the Emoji Viewer on a Mac 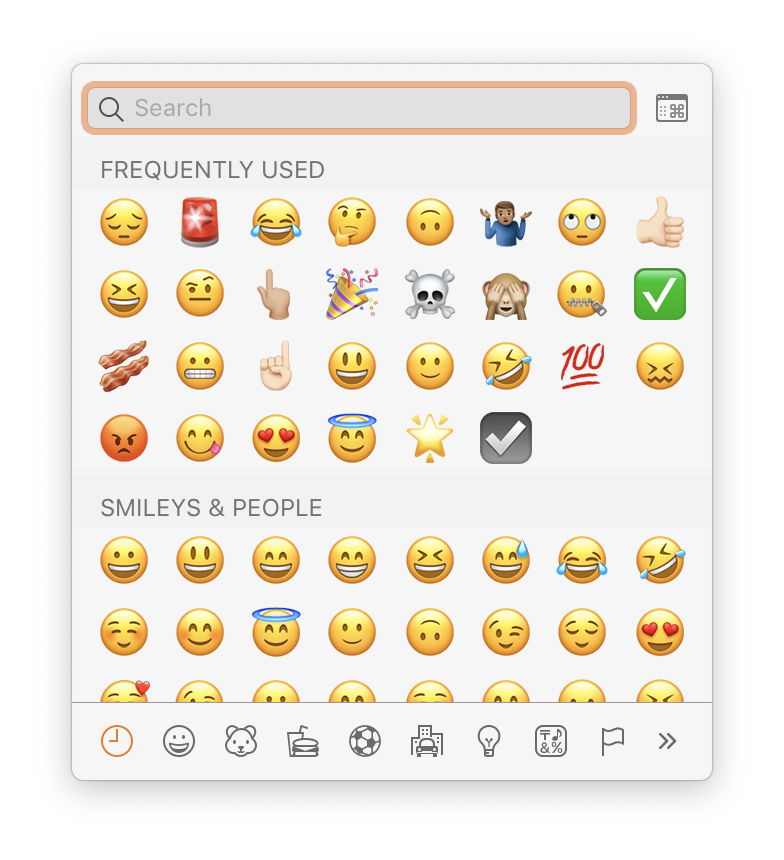 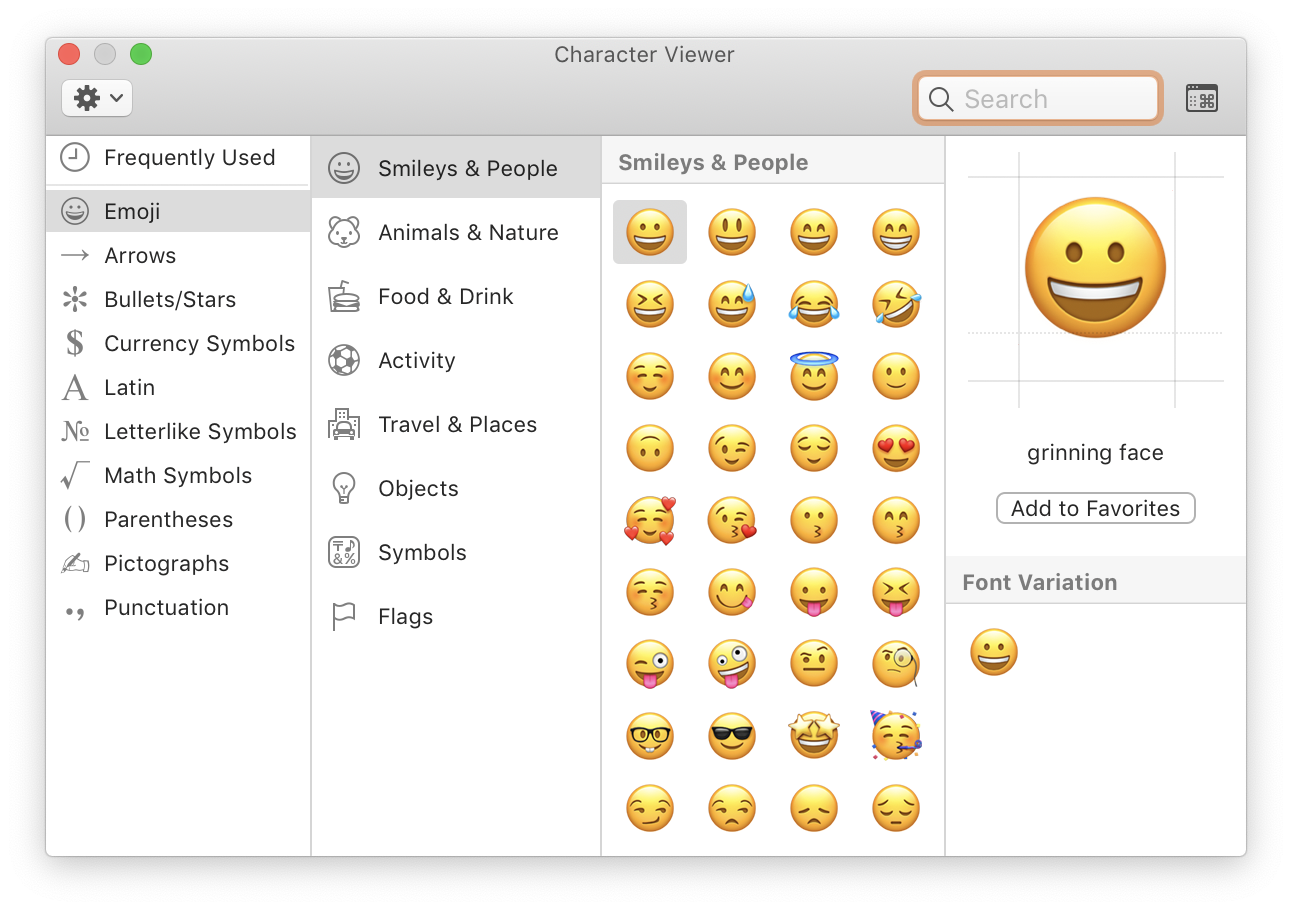 Alternatively, you can also enable the Emoji Character Viewer window on a Mac by following these steps:

When you do this, you’ll now find a tiny icon in the menubar to enable the Emoji Character Viewer.